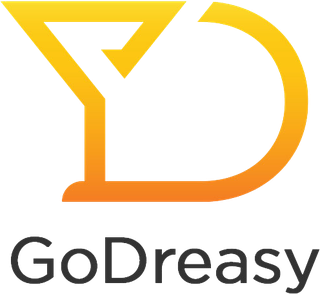 It’s Friday and the last week of the month.

As usual, we received a ton of PR products from management. We’re a small team with a tight deadline, but as a group containing a lot of creatives, we’re not the most productive bunch.

UNLESS, the product is 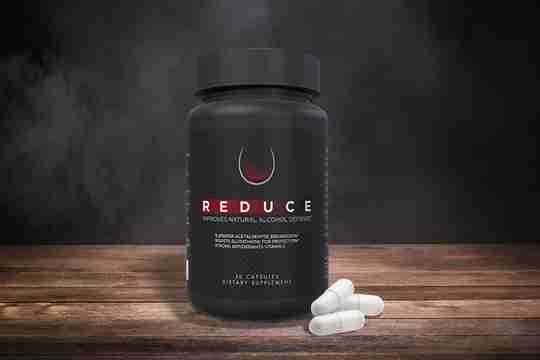 Every once in a while, there are “miracle” brands who seem to spring out of nowhere, only to give us shockingly effective results.

REDUCE is one such product!

So let me recount how we discovered this miracle supplement. 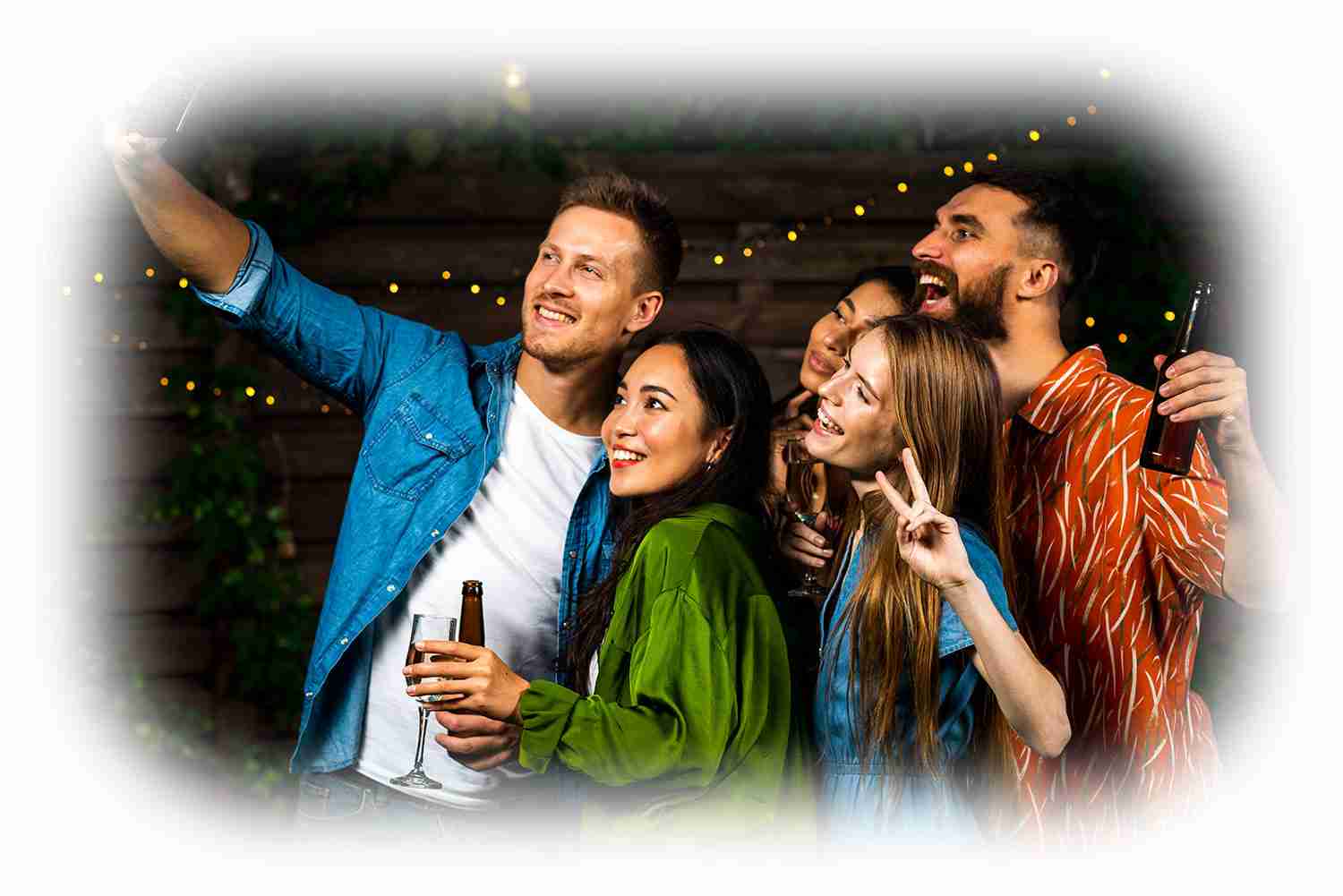 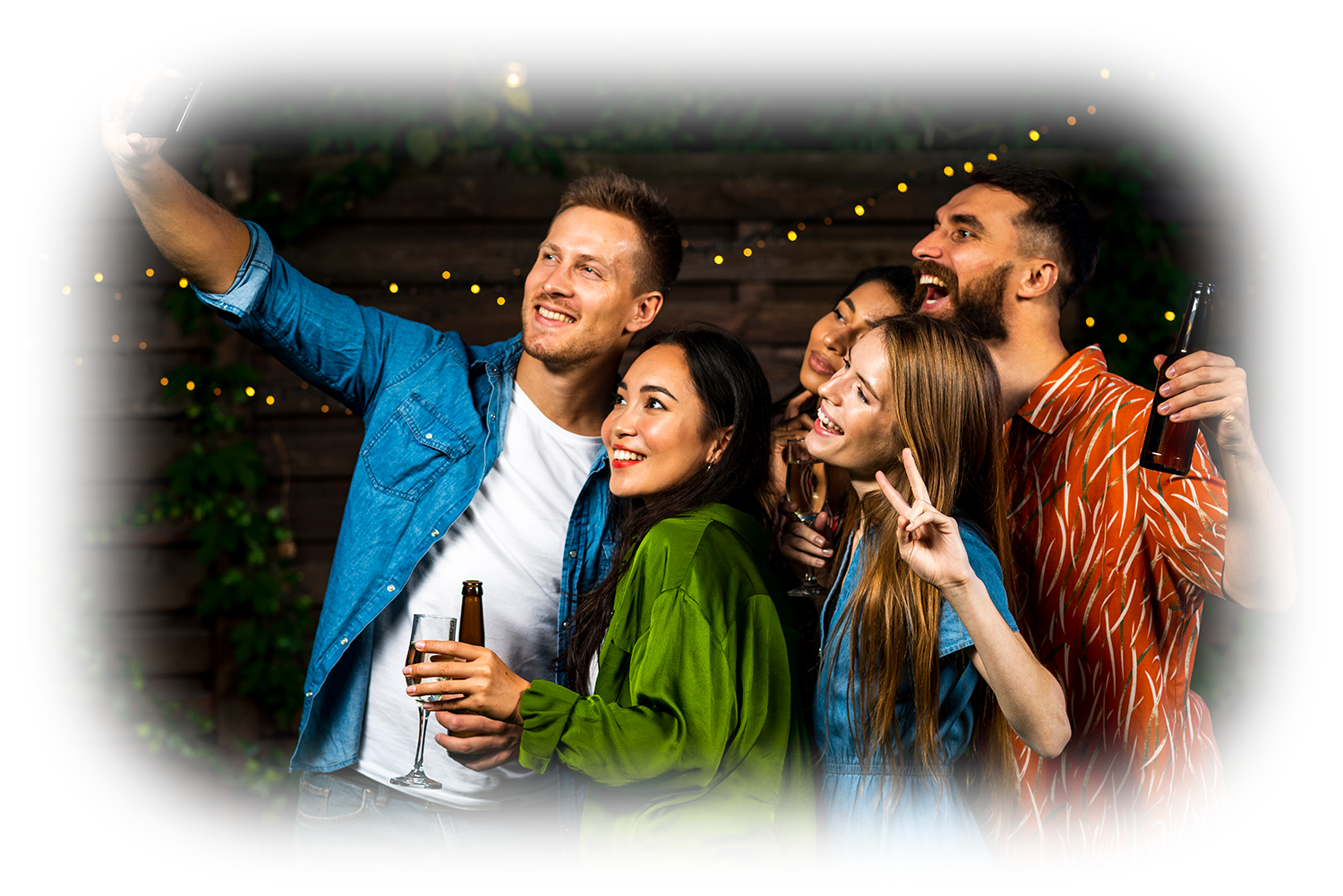 We’re lounging at our usual cafe spot (exactly five steps away from our desktops), talking about due dates, clients with impossible agendas, and angry bosses. You know, the usual office pantry stuff.

“This warrants a few shots,” Mike, one of our senior editors, exclaimed.

A good four of us agreed while some excused themselves because of personal matters.

But we’re not expecting Anna, our graphic designer, to come with us. She said it would be a nice change of pace so she would go with us this time, BUT she would not be drinking.

We sort of chuckled.

I mean, what’s the point of going out if you’re not drinking?

We arrived and dispersed to our usual bar agendas. Some ordered drinks, some looked around for future romantic affairs while some grooved with the music. 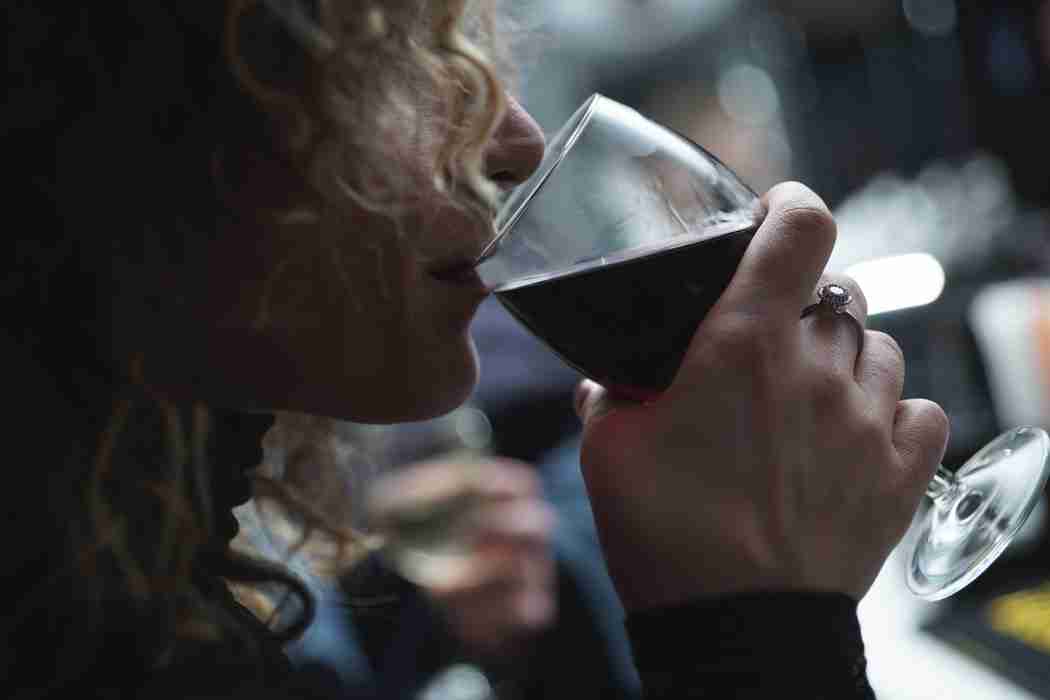 Anna, on the other hand, eyed the large yellow mug being offered, hesitated a bit, then took a few sips.

I giggled as I watched her pace while drinking and drink water in between.

“What’s that? You scared of getting drunk?” I asked.

She smiled sheepishly, then proceed to drink the whole mug as a few of us teased her to down the beer in one go.

We’re in a good mood. It’s Friday night and we could afford to get wasted.

Suddenly, deadlines didn’t matter and we’re just dancing and drinking the night away.

Two hours passed and most of us were at their limit.

I even had to get Mike a cab and call his roommate to assist him when he would get home. I was about to do a headcount to see who’s still in the bar.

Imagine my surprise when I saw Anna still drinking and actually laughing with strangers.

That Anna who always refuses to go with us to the bar was drinking her third (probably) mug of beer.

We thought she was just lightweight or couldn’t really drink that’s why we let her go when she refuses. BUT that didn’t seem to be the case. 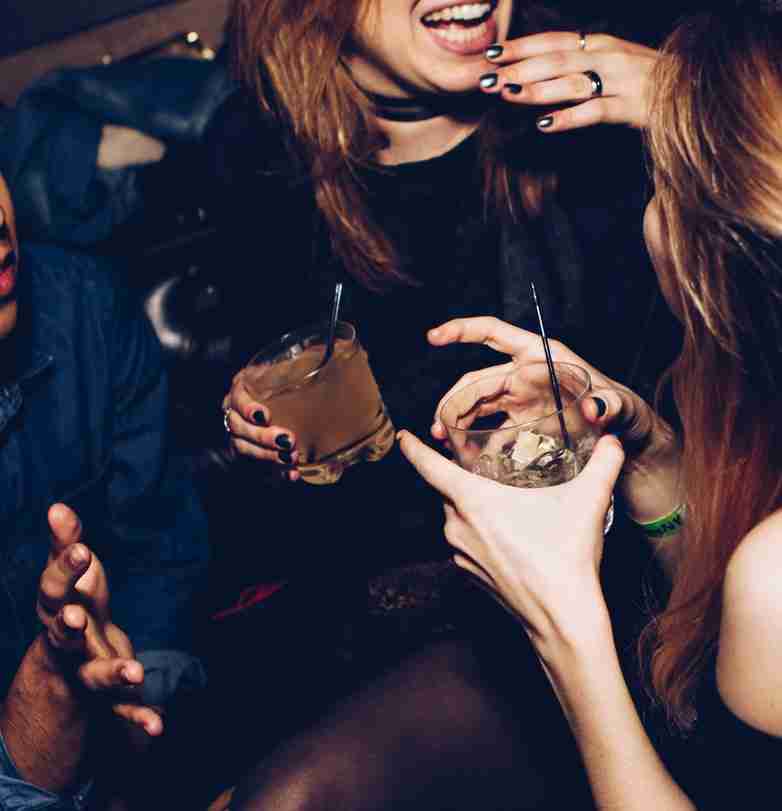 “Yeah. This is fun!” she squealed. I laughed.

“Yup, for the longest time I thought so too!”

Before I could ask what she meant, another colleague asked me if I’d be going home.

“Look, we’re calling it a night. Are you good or do you want me to call a cab for you?”

I was surprised but I didn’t have the energy to force my assistance so I let it go.

I confirmed again if she could go home by herself and she said yes.

To be honest, she looked more okay than I was.

The Moment We Got Introduced to REDUCE 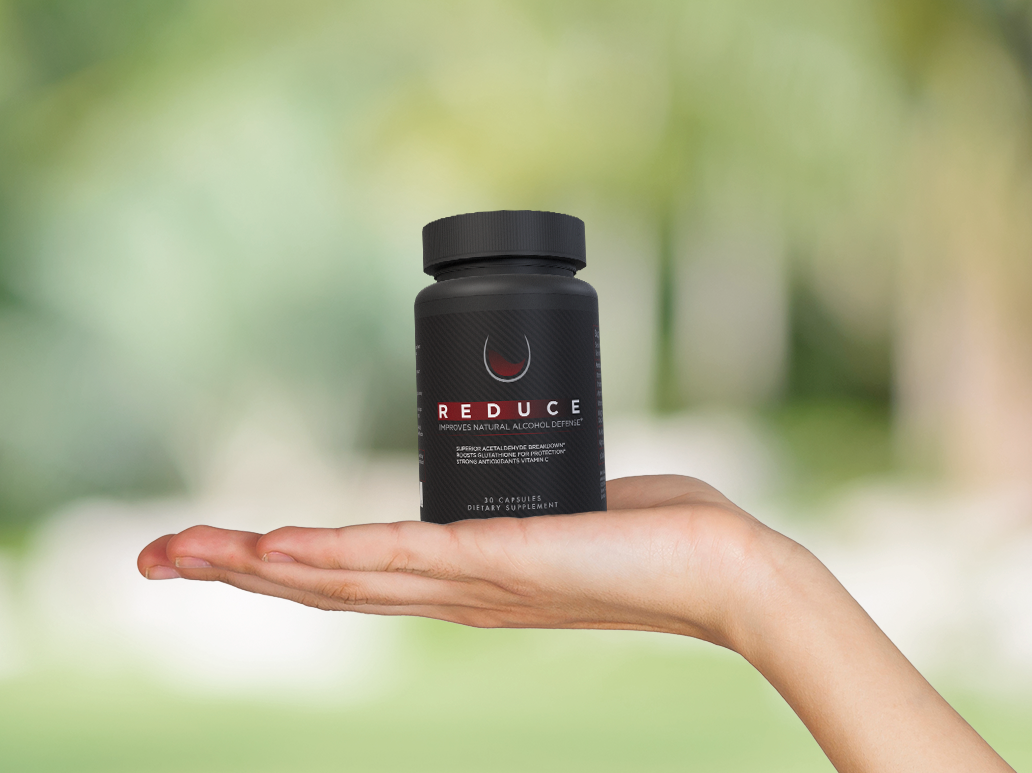 “Hey, Anna” Mike shouted across the room after the Monday meeting, “I heard you stayed the longest last Friday?”

Anna nodded. All of us teased her and some wanted to get to the bottom of it.

I was curious too so I asked how she managed to do that when we thought she couldn’t drink.

She flashed a black bottle named REDUCE. I recognized that supplement from the stock of PR stuff we’re sent last Friday.

“I have Alcohol Flush,” she said.” You might have not heard of it but it’s a common thing to Asians. I’m not Asian, but I apparently have it. Like we turn red when drinking.”

“I think I know that,” Mike said, “I see. It’s called Alcohol Flush huh? So what’s that bottle?”

“Well, I saw in their product description that this REDUCE supplement prevents Alcohol Flush, so I sneaked one and tried it out before drinking last Friday. Mike, I’ve tried lots of stuff like this, I even tried Pepcid and Zantac, which apparently can give you cancer so I stopped that. Some patches I tried don’t work and some work but only for a little while.... 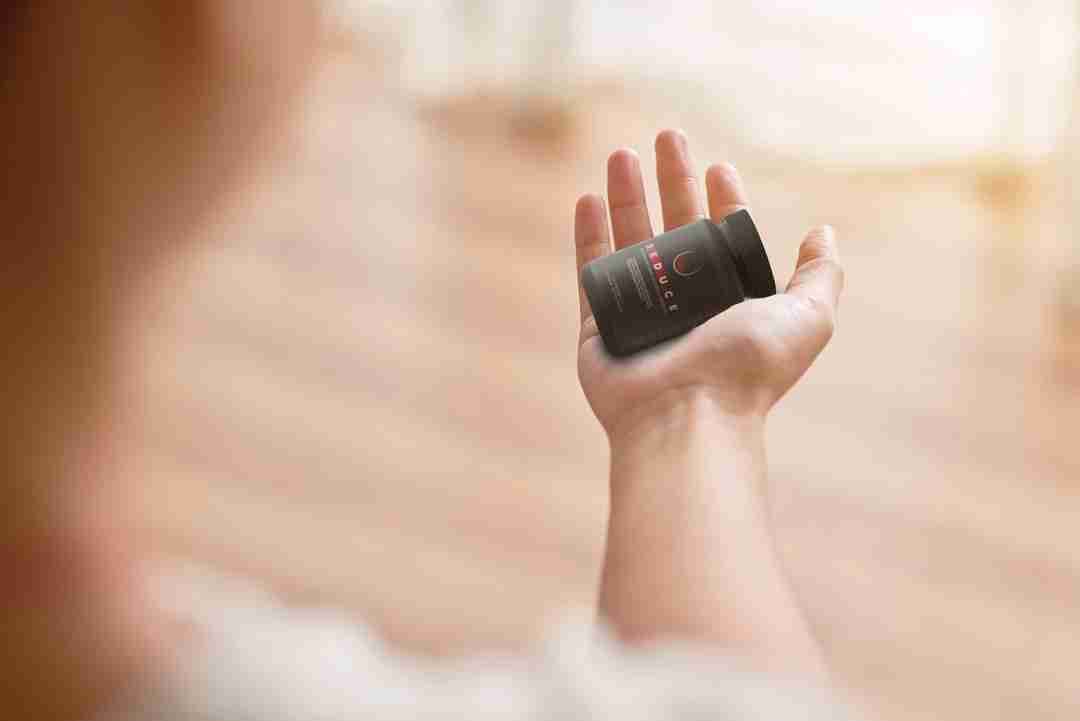 ...This guy, on the other hand,” she said shaking the bottle for effect, “I think this is the one for me. If this works for me every time I’d get a drink, I’ll definitely marry it!”

“Wow, you like it so much you’d marry it huh? Let me see,” Mike asked for the bottle.

“You think you can try it out again and make a review? Jay will write it.” I nodded to the both of them.

“Yup, sure. But we first need to start at the beginning,” she said. 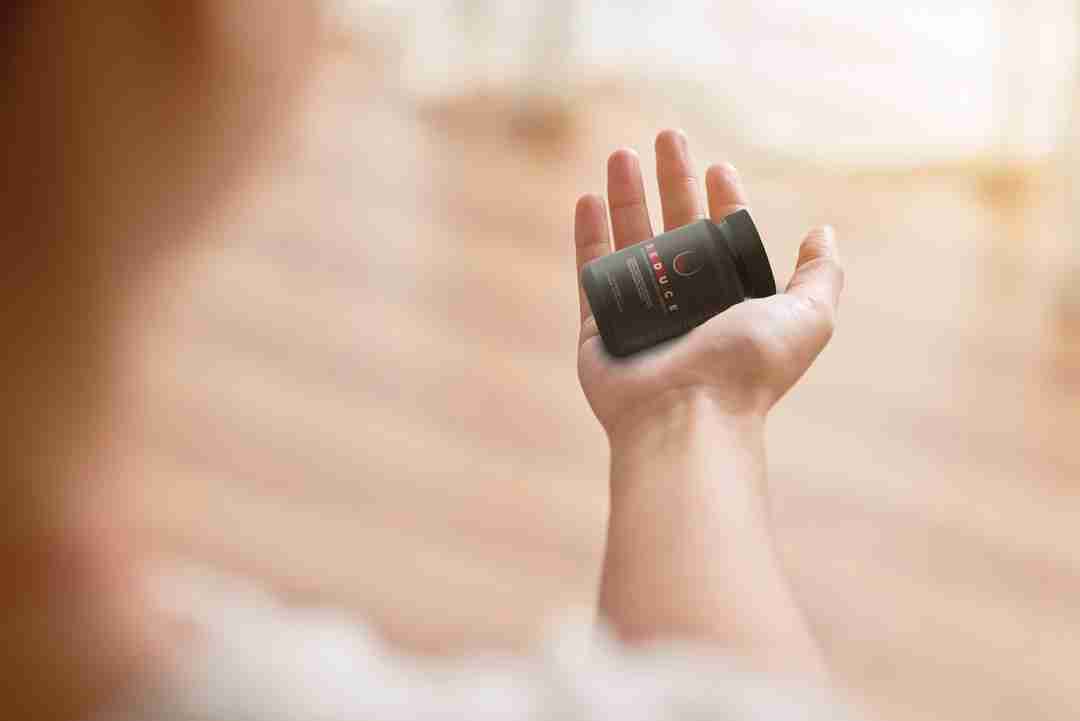 ...This guy, on the other hand,” she said shaking the bottle for effect, “I think this is the one for me. If this works for me every time I’d get a drink, I’ll definitely marry it!”

“Wow, you like it so much you’d marry it huh? Let me see,” Mike asked for the bottle.

“You think you can try it out again and make a review? Jay will write it.” I nodded to the both of them.

“Yup, sure. But we first need to start at the beginning,” she said.

How Her Alcohol Struggle Made Her Social Life Suffer

Apparently, when you have Alcohol Flush, even just a few shots can trigger redness on your face, making you a walking tomato.

That’s not a good look if you’re trying to socialize.

People with Alcohol Flush have a recessive gene that will help metabolize alcohol.

Because this gene serves no function, alcohol toxins will accumulate in the body, causing the symptoms of redness and itchiness. 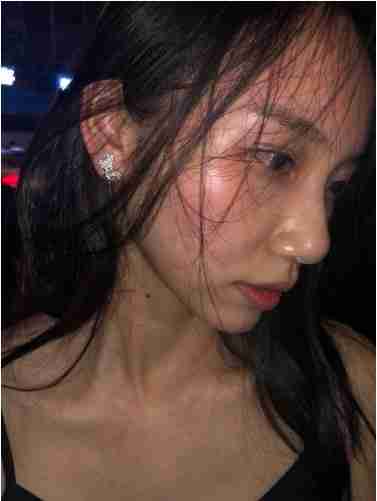 Not just the redness. Alcohol Flush sufferers like Anna endure having angry red patches all over their stomach and arms if they persist on drinking and ignoring the symptoms.

Eyes will also appear pinkish, like you’re sick from having a fever and your heartbeat doubles.

I think I saw her once like that and remembered asking if she’s okay because she appeared to be in real pain.

“That’s the thing,” she said. “I’m okay, I’m not drunk, but the stares of people get to me. You don’t need to worry because I’m perfectly fine and I just want to have a good time. But that’s not possible if you look really, really sick, right?” she sighed.

But just like a normal working adult, she wanted to socialize with colleagues and make friends so she tried countless products to “cure” her Alcohol Flush.

The best result she had was with Zantac but she stopped that after the global recall.

That OTC drug apparently has carcinogenic compounds and that scared her so much she threw all of her stock in a bin.

Now she’s left with nothing to mask the redness so she just refused the night outs altogether! 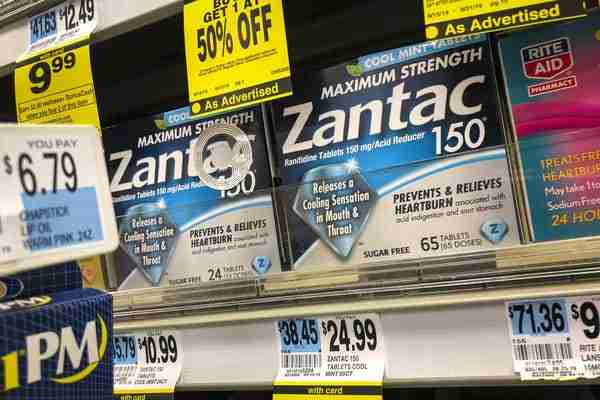 The best result she had was with Zantac but she stopped that after the global recall.

That OTC drug apparently has carcinogenic compounds and that scared her so much she threw all of her stock in a bin.

Now she’s left with nothing to mask the redness so she just refused the night outs altogether!

How REDUCE Helped Her Be Her Confident Self Again 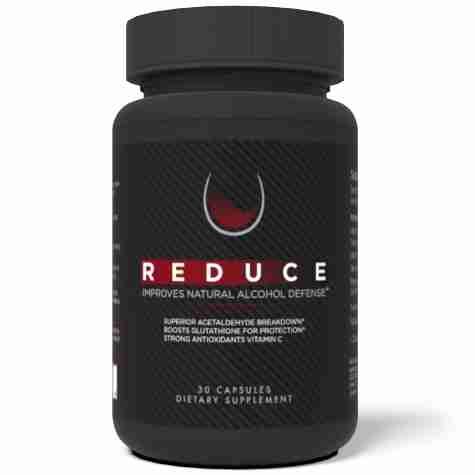 Anna and some of us tried REDUCE in two consecutive weeks. It produced good results for her and not so much for us (we don’t have Alcohol Flush).

I did notice that my hangovers lessen when I try the product.

With Anna, she claimed she no longer has to worry about being red and she can converse with other people while drinking without being super self-conscious and embarrassed.

We noticed she seemed to be her much more confident self when drinking, which is a really pretty sight. 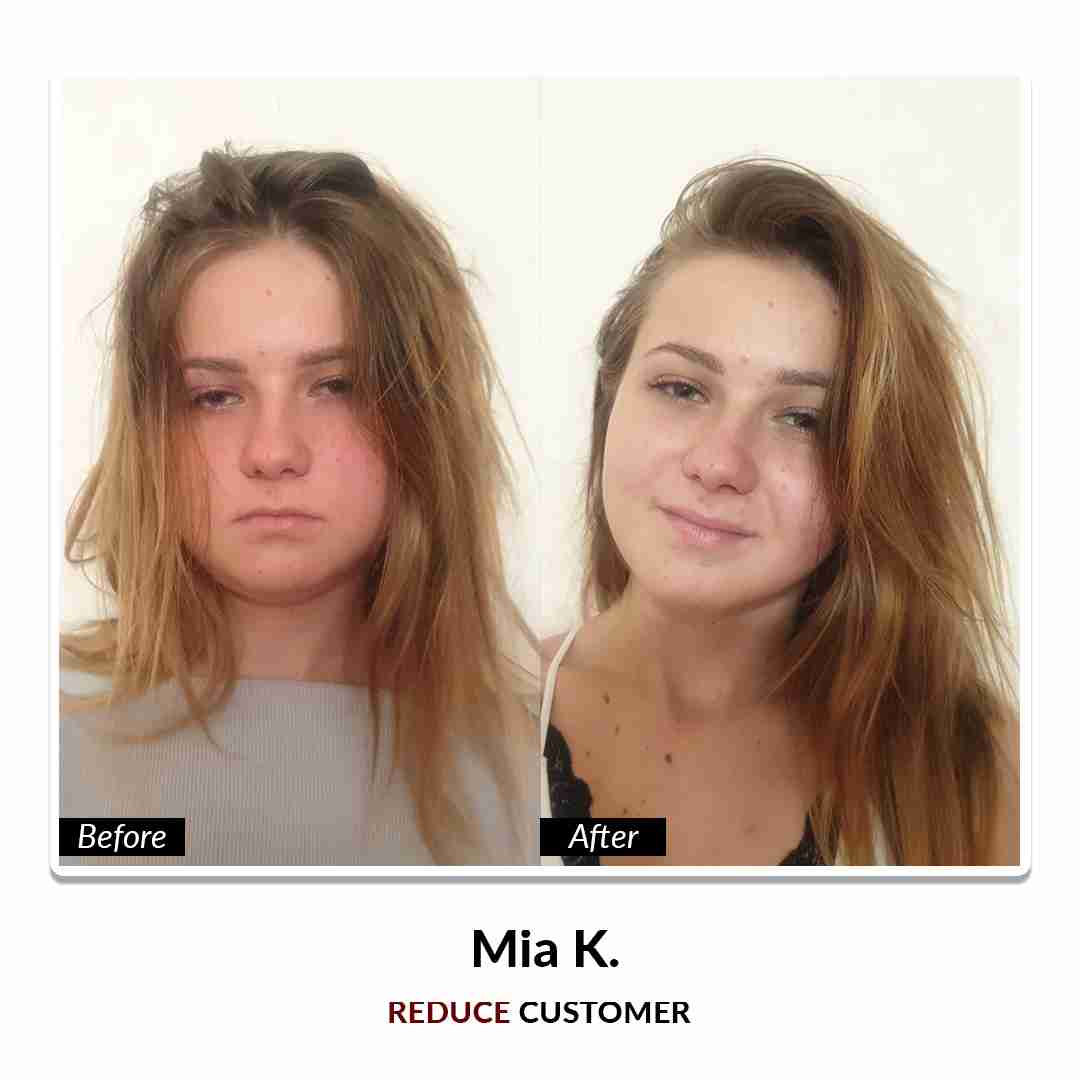 To validate the effectiveness of REDUCE, we decided to send some samples to readers who have Alcohol Flush and they sent us some positive feedback.

Upon reading their reviews, general consensus is it works BIG time. But if you have a serious case of Alcohol Flush it can probably slightly lessen the symptoms .

While it’s a case by case basis, REDUCE did improve their alcohol metabolism and lessen their alcohol glow, which is the main goal of the product.

What’s In REDUCE That Helps With Alcohol Flush?

We dig a little deeper and found out that the active compounds used in the product really support the liver and help with breaking down the alcohol toxins in the body.

NAC or n-acetylcysteine, one of the powerful antioxidants, is an effective glutathione booster that helps the liver metabolize the alcohol, filling the role of the recessive gene.

NAC is also included on WHO’s acclaimed list of Essential Medicines so it’s a given that this is an effective and safe supplement. 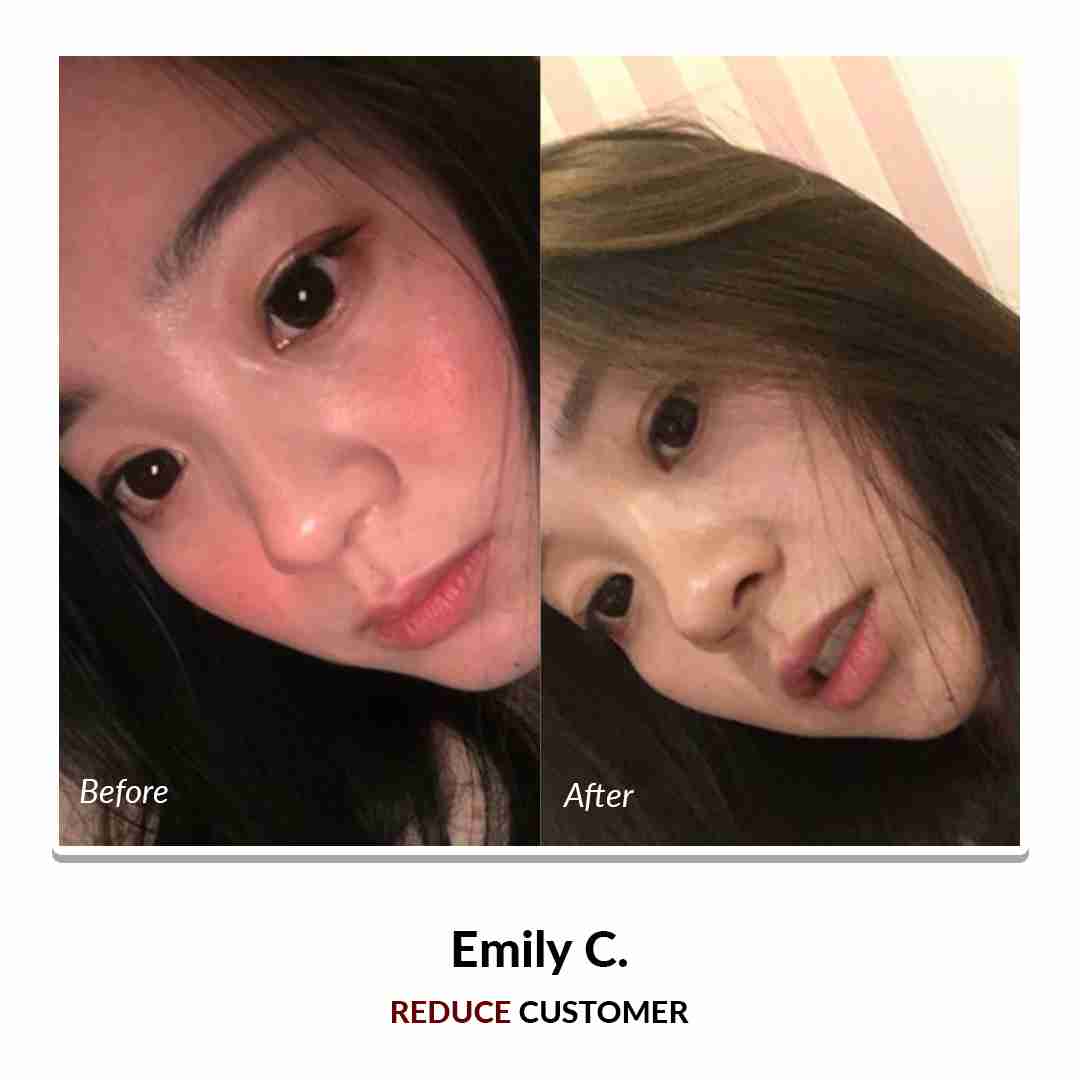 We looked into their website and found many positive reviews about REDUCE.

It’s also made in a GMP Facility, ensuring that you’ll get a quality product made according to industry standards!

We even went so far as to interview a friend doctor about NAC and we’re telling you, this stuff is LEGIT!

He said because it supports the production of glutathione, a powerful antioxidant that helps the liver with its function, NAC greatly helps with metabolizing alcohol.

Why You Should Try REDUCE For Yourself 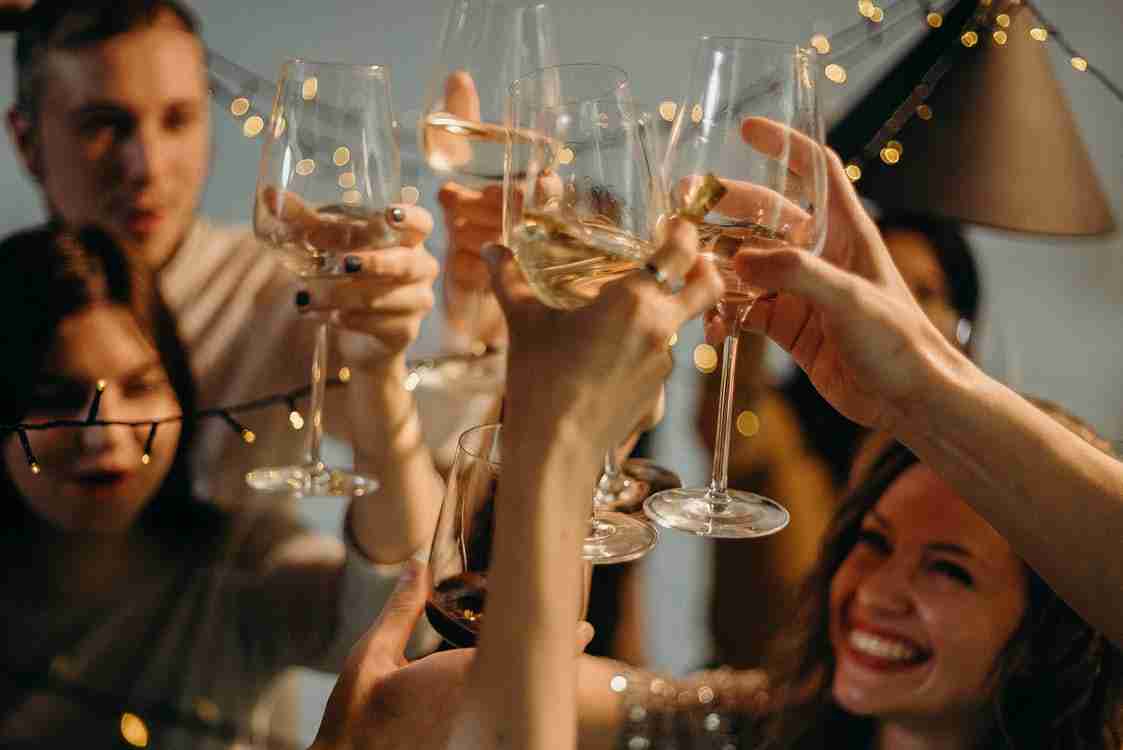 "If you’re suffering from Alcohol Flush like Anna and if you resonated with her struggles too, REDUCE is a product worth trying out."

We’ve tested it for ourselves and our trusted readers validated the positive results, so what’s there to doubt?

Take control of your social life again and don’t be a slave to the redness. Booze is fun when shared with other people, so go out there, take REDUCE, and conquer the night like there’s no tomorrow!

P.S. We attempted to take another batch from REDUCE but their team told us that they can only afford to send us two bottles because they’re running out of stock for now! Imagine that!

Holiday season is upon us so it’s not a surprise. If you want to have REDUCE, better buy now before you miss the chance!

GET YOUR REDUCE NOW

Click Here To Claim The Best Offer On REDUCE! Use our exclusive link to receive a discount!

Remember to use this product BEFORE drinking for EFFECTIVE results 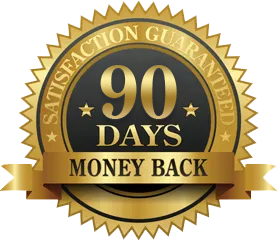 REDUCE has a 90-day money back guarantee so you can easily refund the product if it does not work for you!

It reassures us that they’re confident about their product’s validity, so that’s that! You have to try it to see the results for yourself.

We badly wanted to share this with everyone who shares the same pain of having Alcohol Flush so we can all have the fun of alcohol without enduring the embarrassment like how Anna is now. 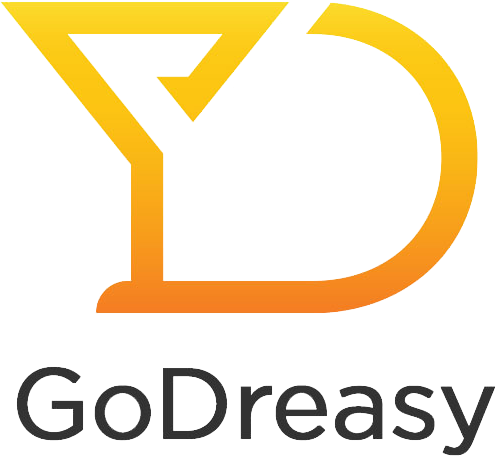